Year 9 Teams Up In The Cove 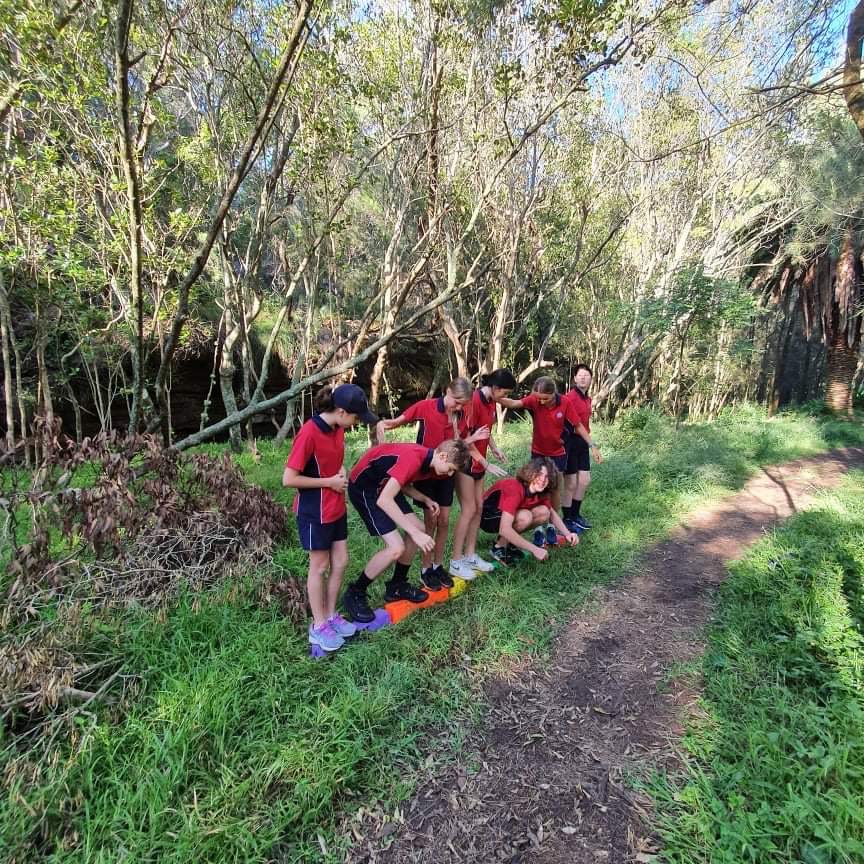 I graduated Glenaeon in 2017, unfortunately before the time of The Cove. So when Donna and Jonas asked me to come and help with the first activity of the year I was excited to finally get to see what this great program was all about. I was not disappointed. We spent the morning in the reserve down by the river in six small groups migrating around a course of team building challenges. Watching on I honestly I think I had as much fun and felt as much accomplishment watching them as they did participating in each activity. The first challenge my team participated in proved the hardest. All students were tasked to stand on, if I may say so a very small tarp, and then flip it over without stepping off it. Everyone chipped in, sharing ideas and suggestions of how this task could be conquered. Ahh the relief when they were able to overcome it, onto the next one. They built a beautiful sculpture using things they found in the area, despite being a bit muddy due to the river, their inclusion of coloured glass resulted in an aesthetically pleasing result.

As a team we moved through the rest of the challenges. Everyone stepping up and having a go, sharing their ideas and not being afraid to speak up if they thought their idea would work better. As a former student I know Glenaeon often cultivates quite tightly knit classes, so it is no surprise they were able to work so effectively as a team. Nonetheless it was a beautiful thing to witness and made it easy to imagine each of them flourishing in a team environment outside of school. Walking back up to school it made my day to hear the students talking about their expectations of The Cove and their surprise and shock to find themselves having fun!