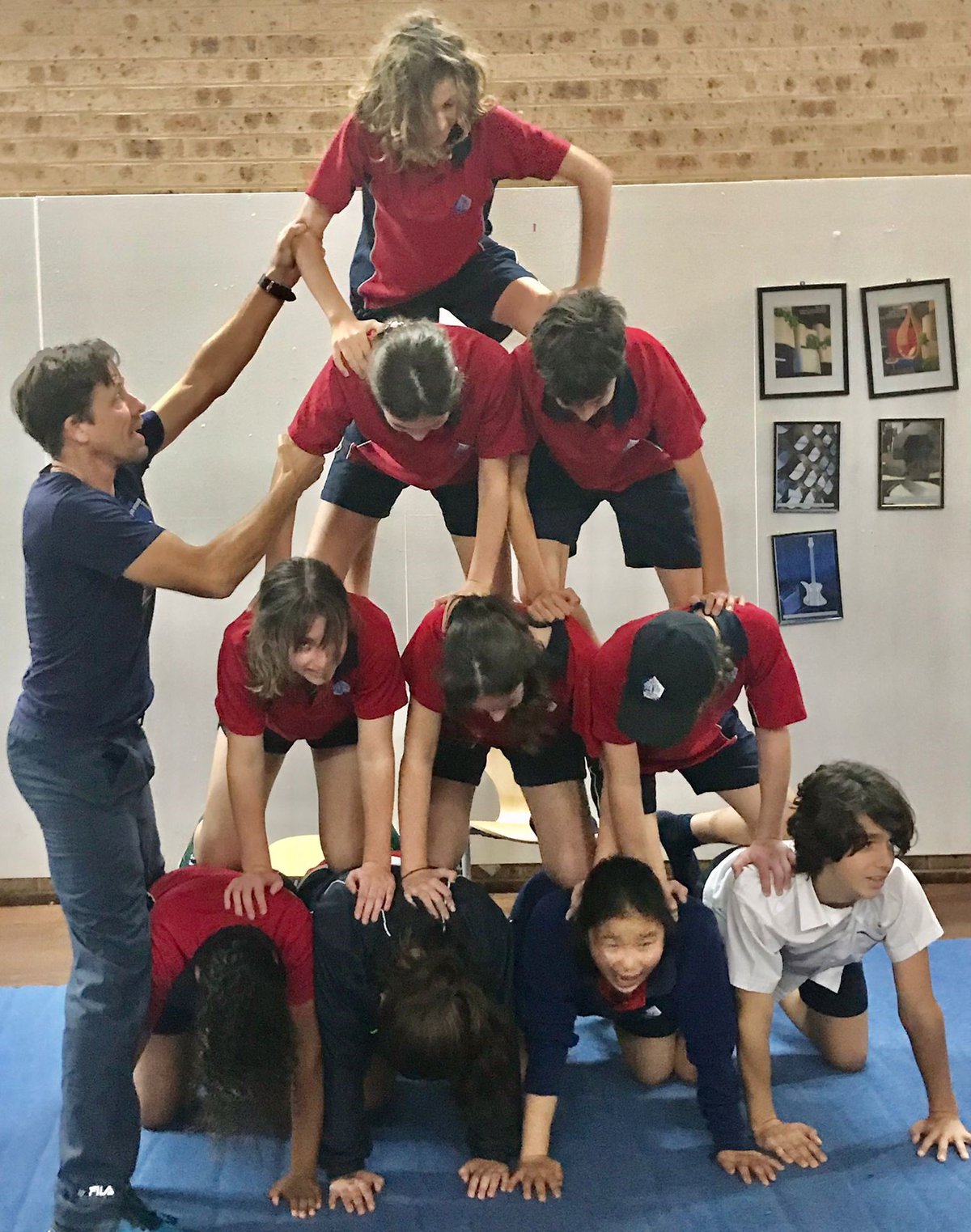 In PE, Year 8 students are now learning about floor gymnastics, making human pyramids, and the art of parkour, which originated in France in the late 1980s. Students gather together in groups and work on a routine that may include elements of all three disciplines as well as their own creations using synchronicity, grace, flowing movements and elements of strength to create a routine that they then demonstrate to the rest of the class.

Last week students were learning about and practising human pyramids between partners, and groups of three, four, five and more! Students learned how to build a strong base, while being particularly careful when building the next row on top of the human base. Interesting pyramids were achieved and cooperation was key to success. Proudly, they managed to create a triangle between 10 students.