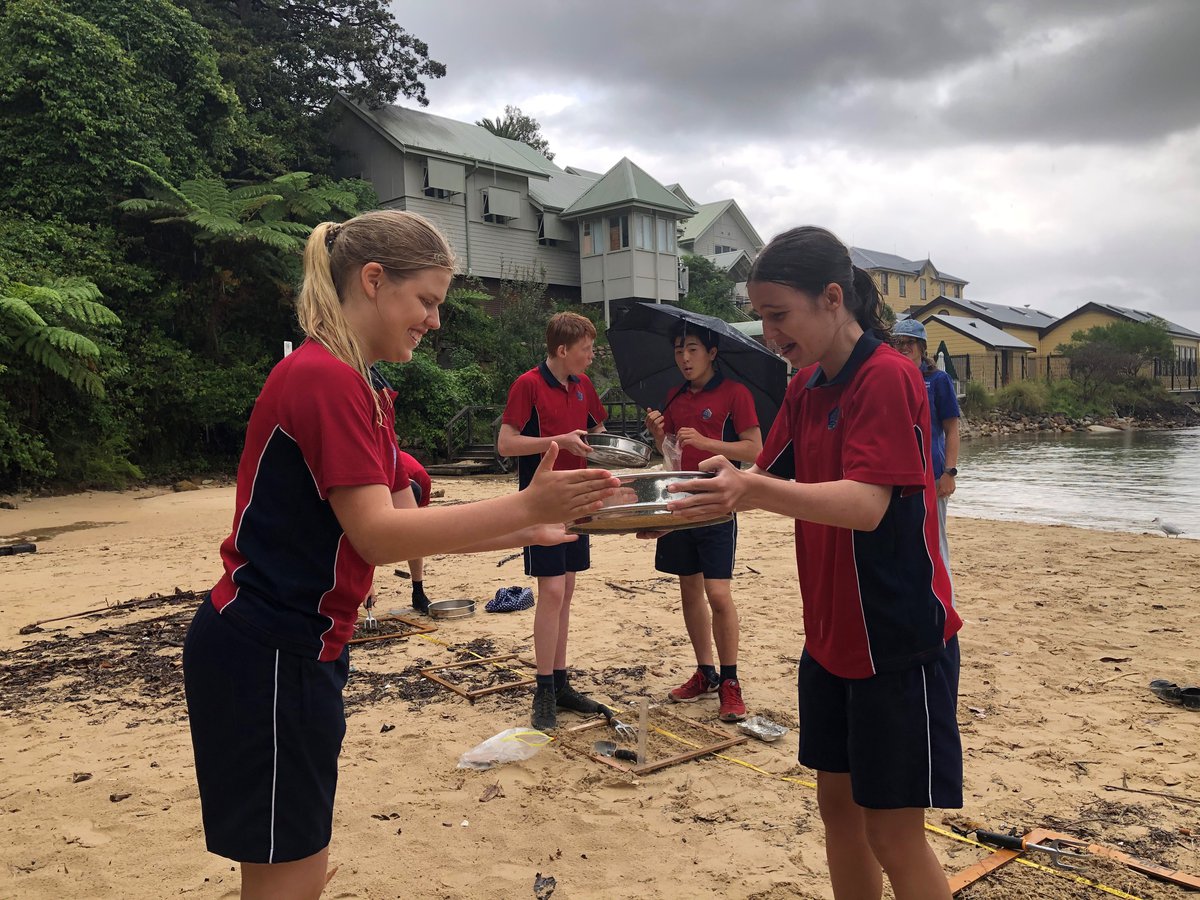 Year 10B Geography were welcomed to The Sydney Institute of Marine Science (SIMS) in Chowder Bay, Middle Head, to investigate some of the environmental changes that have taken place in the Sydney harbour estuary. They cheerfully braved the morning rain and sieved beach quadrants for examples of large plastics and then gathered sand samples to test in the SIMS laboratory for microplastics under the guidance of the SIMS scientists. The students were taken into the SIMS aquarium and given a hands-on display of the biodiversity of marine life in Sydney's rocky shore habitat. They then donned wetsuits and with the guidance of Outdoor Education Teacher Kristen Gardner the students explored the netted area of Chowder Bay where they observed the sea grass and some of the diverse marine life in their natural surroundings.