Circles of Friendship: A New Vision of Schooling 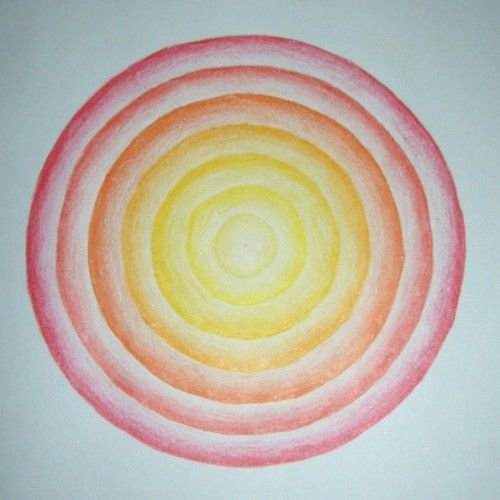 Dani Finch’s lovely article on friendship in the last Newsletter reminded me of how central the human value of friendship was to our school founders in their design of the school. It’s no accident that friendship flourishes at Glenaeon, friendship is designed into the system.

How this came to be is one of the beautiful small stories in Glenaeon’s big story.

Over the past few assemblies I have been telling the story of Glenaeon to our high school students. To make it simple, the history can be told as a biography. Like people, Glenaeon had a mother and a father, metaphorically speaking of course. We even had a grandfather and grandmother.

The school’s “mother” was Sylvia Brose, the pioneering and courageous woman who was not just the school’s founding teacher but was the guiding inspirer of the school for its first four decades. Sylvia was born in New Zealand of originally German heritage. She initially wanted to be a doctor and started medical school with that high aspiration. But her first task in the medical faculty was to cut up a rabbit, a gruesome task for a young woman who loved animals. She decided against that career and on coming to Sydney retrained as a teacher and taught at Frensham in Mittagong.

She was repelled by the brutal side of education in that era. Students were pitted against each other through the relentlessly competitive exam system which began in primary school, teachers were mechanistic providers of centrally determined syllabuses. Sylvia had a vision of what a school could be: a place of deep, joyful learning, where students are friends rather than competitors, and teachers are inspired and loving guides on the learning journey.

The turning point of her life was a meeting with the woman who could be thought of as Glenaeon’s grandmother: Marion Mahony Griffin, wife of Walter Burley Griffin. This couple, so famous in Australian history, are effectively Glenaeon’s grandparents, or at least “intellectual godparents”. Partners in the great Frank Lloyd Wrights’ Chicago studio, they were the architects who won the international design competition to plan Australia’s new capital city Canberra. After Canberra they came to Sydney, and in Castlecrag they planned and built a suburb based on their unique approach: local materials, people engaged in a vibrant community life, buildings embedded into nature, all infused with a contemporary design.

Marion introduced Sylvia to the work of Dr Rudolf Steiner whose schools were just beginning to be established across Europe. In Steiner’s vision of education, Sylvia found the kind of school she was looking for, fulfilling all her ideals and setting the course of the rest of her life. She trained in the UK, and returned to Sydney to found what became Glenaeon in 1957. She passed away in 2001, after being awarded the Order of Australia Medal (OAM)  for services to education, in recognition of her pioneering work in building Glenaeon to the school we cherish today.

Sylvia framed her vision of friendship as a series of circles: concentric circles radiating from a centre, and that’s how friendship can work in a class. Each of us will have a circle of our closest buddies, and then radiating circles of those who are friends, though not as close. But even to those who are not friends as such, the outside circle, we still respect and understand them.

In this picture she captured the essence of Dr Steiner’s approach to education, what we now call the Altruistic program that runs through Glenaeon from Kindergarten to Year 12. All our teachers work to ensure every class and year group is a community of relationship, a series of circles of friendship.

At our last assembly, I challenged Years 7 to 9 to step up to Glenaeon’s vision of friendship, to play their part in building the concentric, radiating circles. I asked them to think of everyone in their year group as all friends, just some closer than others, and some further away than others, but all known, respected, understood.

Sylvia’s remarkable vision for a school lives on and it needs work to stay alive. How powerful her vision was for the future, for the time we live in now! In this fragmented covid era, we need all our relationships to be truly supportive, and every student needs to feel they are embedded in a web of support, of relationship, of friendship.

As for the rest of the story, Glenaeon’s “father” and "grandfather”, well, that’s a story for another time.