The Story of Glenaeon @ Castlecrag 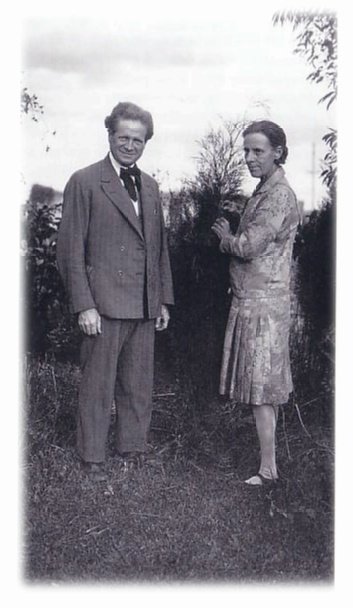 With the Family Fair and Art Show fast returning, it seems that we are getting back to the way things have always been. But they haven’t always. Every time I step onto the Castlecrag campus, I breathe a small thank you for the story that enabled this beautiful little gem of a place to become part of Glenaeon. It was not always so…

I arrived at Glenaeon in 1994 as the new Class 1 teacher, and was told that I would be starting the first Class 1 on the Castlecrag campus. When I went to see my new classroom, there was a red barrier tape on the fence around the entire property with a sign saying Hands Off Our School. Child numbers in Castlecrag had dropped making the school unviable, so the NSW government had put it on the market, and the local community wasn’t too happy. Glenaeon saw the campus as an ideal way to take Kindergarten and Classes 1 and 2 out of Middle Cove, so the school named an offer, and it was accepted. But the negotiations took longer than anticipated.

So my Class 1 continued in what had been Class 1 at Middle Cove for 20 years, the classroom at Middle Cove that now houses Class 3. Kindergarten was directly above in what is now Class 5. We didn’t gain possession until the end of June, so that’s when we moved in.

The Infants School staff had walked out leaving literally everything. It was a mess!

Thus began what was probably the greatest “working bee” in the school’s history. For 20 consecutive days, from sun up until sun down, and sometimes much later, there were teachers and parents working on the campus: throwing out, cleaning, painting, planting and doing all the seemingly infinite number of jobs needed to get the school ready for the start of Term 3.

We just made it, with a lot of paint barely dry. There were just four staff: Peggy Day and Christine O’Neil were in Kindergarten, myself in Class 1 and John Rowan in Class 2. So Glenaeon’s new campus in Castlecrag got underway. There were no other staff: no assistants and no administrator. Teachers answered the phone and took messages. They were all big classes: each of the two primary classes had over 30 children each, as did Kindergarten. We did our own duties and supervised the playground. The only play equipment was the set of monkey bars. There were a few well established trees but not much else. Lindsay Sherrott worked hard to build the landscape, carefully planting and tending the hedge creating the boundary around the Kindergarten.

Regular working bees of teachers and parents continued with more painting, renovating and landscaping. Within a year or so, two parents in the high school (Tom Renton a builder and Rod Dixon a dentist) came to lead a series of working bees that built the “creek”, the fountain and flowform in Kindergarten. A few years later a series of working bees built the large “fort” in the primary area of the playground. So the “little” campus gradually took shape and grew into the beautiful and idyllic centre of Steiner education that it is today.

Ten years later we were able to honour the person who had done the most to make it all possible. Tom Hartigan was the Chair of the School Council (Board) and it was he who had negotiated the purchase of the property for the school. At the Spring Festival in 2004 Tom planted a tree in the playground as a 10-year anniversary celebration. He was a remarkable individual who put his three children through the school: an accountant who after retirement came to school to teach Commerce to Years 9 and 10. Tom’s tireless energy in working for the school was an inspiration, and when he sadly passed away in 2011, his ashes were buried beneath the tree he had planted. We made a memorial bench next to this spot, and here his widow Felicity visits him on weekends.

Relations with the Castlecrag community took longer to rebuild. Some hostility continued, even though we had done the community a favour and saved the school site from being sold off to a developer for a dozen townhouses. We made the grounds welcome to neighbours on weekends. We gave space for community meetings, particularly the Castlecrag Progress Association.

The biggest step was sharing the story of the Burley Griffins. Few were aware that Glenaeon and Castlecrag shared a common ancestry through these two remarkable American architects. They had designed and founded the suburb at the same time as they discovered the work of Dr Rudolf Steiner. We were able to tell the story years later when the BER* funding enabled us to build what became the Marion Mahony Griffin Hall. The Hall was a tangible symbol of the fact that both Glenaeon and the Castlecrag community shared a common ancestry in the Burley Griffins.

So, as we celebrate the return of the Fair and make the most of our beautiful Castlecrag campus, let’s remember the work that has gone into building this jewel in the crown of Glenaeon.

*Building the Education Revolution (BER) was an Australian government program that built school halls as part of the Rudd government's economic stimulus package designed in response to the 2007-2010 global financial crisis.