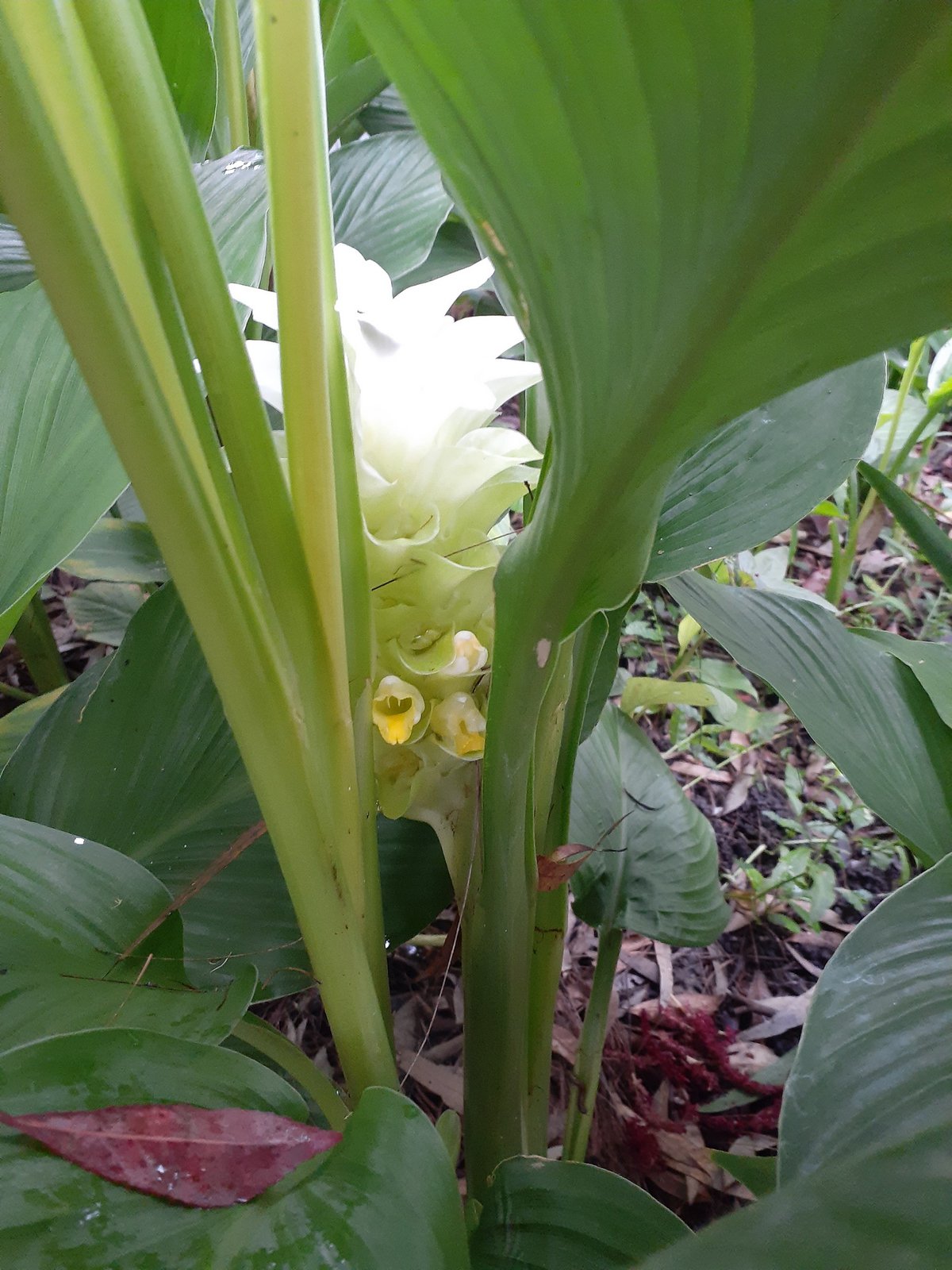 As we all know the turmeric root is edible but so is the entire plant including the flowers and the leaves! The amazing thing about it is the flower and the leaf both contain the same medicinal properties as the root. They all contain curcumin so they are all anti-bacterial and anti-fungal.

With the turmeric leaves you can:

With the turmeric flower you can:

If you would like to make some recipes with turmeric root, leaves or flowers please click here

When I arrived back to school in Term 2 I noticed that most of the plants had flowers that were beautifully white. Some of the turmeric leaves were yellow and the flowers too. Some of the flowers were very shrivelled and wrinkled and had turned brown with just a faint touch of yellow remaining. I thought that the plants were starting to die. The plant turns yellow, slowly getting wrinkles then turns brown. It starts to look like soil. It is the natural process of biodegrading back into nature.

I cut the leaves that were still green from the plants to use in an experiment. We stored them in the freezer and the fridge so we could use them later and they didn't go to waste. The bags of turmeric leaves that were put in the freezer had oil in them which turned a whitish colour and formed clumps. That was the oil turning solid but when taken out it quickly goes back into a liquid form and softens the leaf as well compared to the other one in the fridge that still had the olive oil colour and none of the solid clumps. When I pulled out the other ones without olive oil they were brittle and still really frozen. It takes a while for them to thaw. The taste changes as well. It is weaker slightly when frozen. The fridge definitely preserves the turmeric leaves but for a shorter period of time because it keeps it cold but not cold enough.

We have been using turmeric in the garden tea for some time now. We tried experimenting by eating the turmeric leaf in gardening class. Some of the children did not like the leaf the way we had cooked it up. We had steamed the turmeric leaf for a few minutes with some water. It was getting a tad soft but still quite chewy and fibrous. We added some salt and some olive oil which gave it a nice taste. The curcumin in the leaf definitely came through. The water that was left from the steaming process was golden yellow just like the turmeric. We also steamed eggs wrapped in turmeric leaves. My observation of when I pulled the eggs out were that the shells were golden in colour which looked artificial. When you took the shell off the white part of the egg it had a hint of yellow and tasted really good!

We also did another experiment. We put fresh leaves into the chicken’s rice dish and watched to see if they liked it. The first thing that one of the chickens did is eat the turmeric leaf. The chickens liked it too! Everyone can benefit from turmeric!