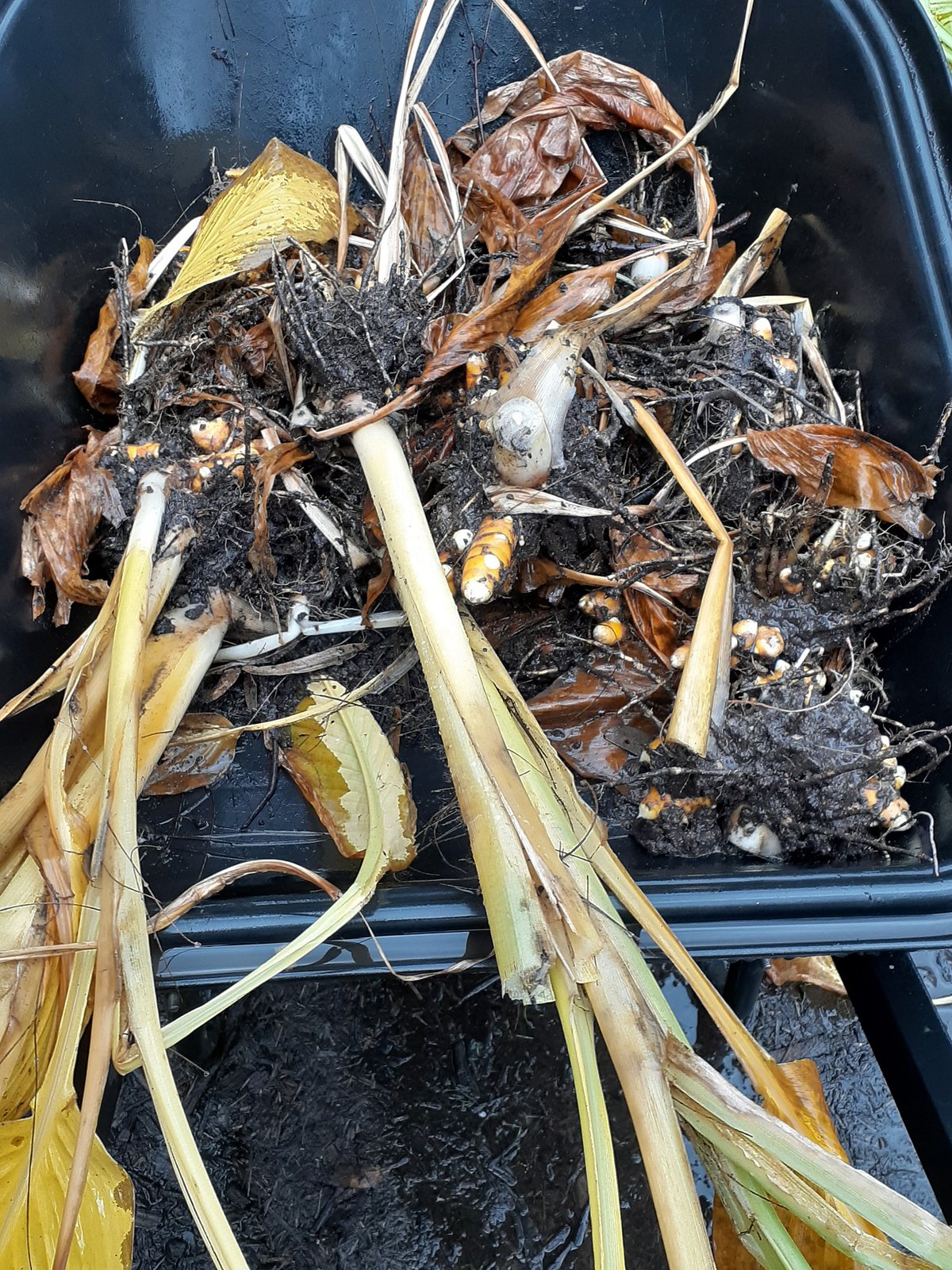 In week one of term three, on the 21st of July we dug up the turmeric from the bed by gently pulling on the stems of the turmeric root. We cut the turmeric root away from the stem and put it in a bucket of water. We then took pieces and individually washed them. We scrubbed the dried pieces of root to remove all of the dirt and stored them in a dark cupboard to dry.

Class 4 also had a lot of fun trying to dig out the turmeric that was buried underground. They liked to call it little pieces of gold nuggets.

The leaf litter bin is where you put leaves to compost over time which after two years will give you great colloidal soil which then can be spread around the garden. Colloidal soil is wet and springy and does not lose its shape when pressed into a ball but at the same time it has some brittleness to it because it can crumble in your fingers. It is rich fertilised soil.

We have started to clear a bed on the opposite side of the garden for a new turmeric crop. We have been carefully weeding and avoiding what we want to keep so we can plant turmeric in that bed. Once the leaf litter bin is broken or the soil has turned into colloidal soil we will then start planting a new turmeric crop in the original garden bed.

We usually drink a tea during the garden class and we decided to have lemon water for a change. We found out that hot lemon water was not too nice. We decided to add a turmeric leaf that had been left in the freezer and use that to see if it would change the taste. It made the hot lemon water much nicer because it was a contrast to the lemon and reduced the bitterness of the lemon.

We also wanted to try the recipe for a turmeric latte. We heated almond milk and placed grated turmeric and ginger into the milk along with vanilla extract and then strained the liquid and served with ground pepper.

As an idea for the future we will attempt placing turmeric in a dehydrator to dry it out and then use a mortar and pestle to grind it up to a powder to use in future recipes.