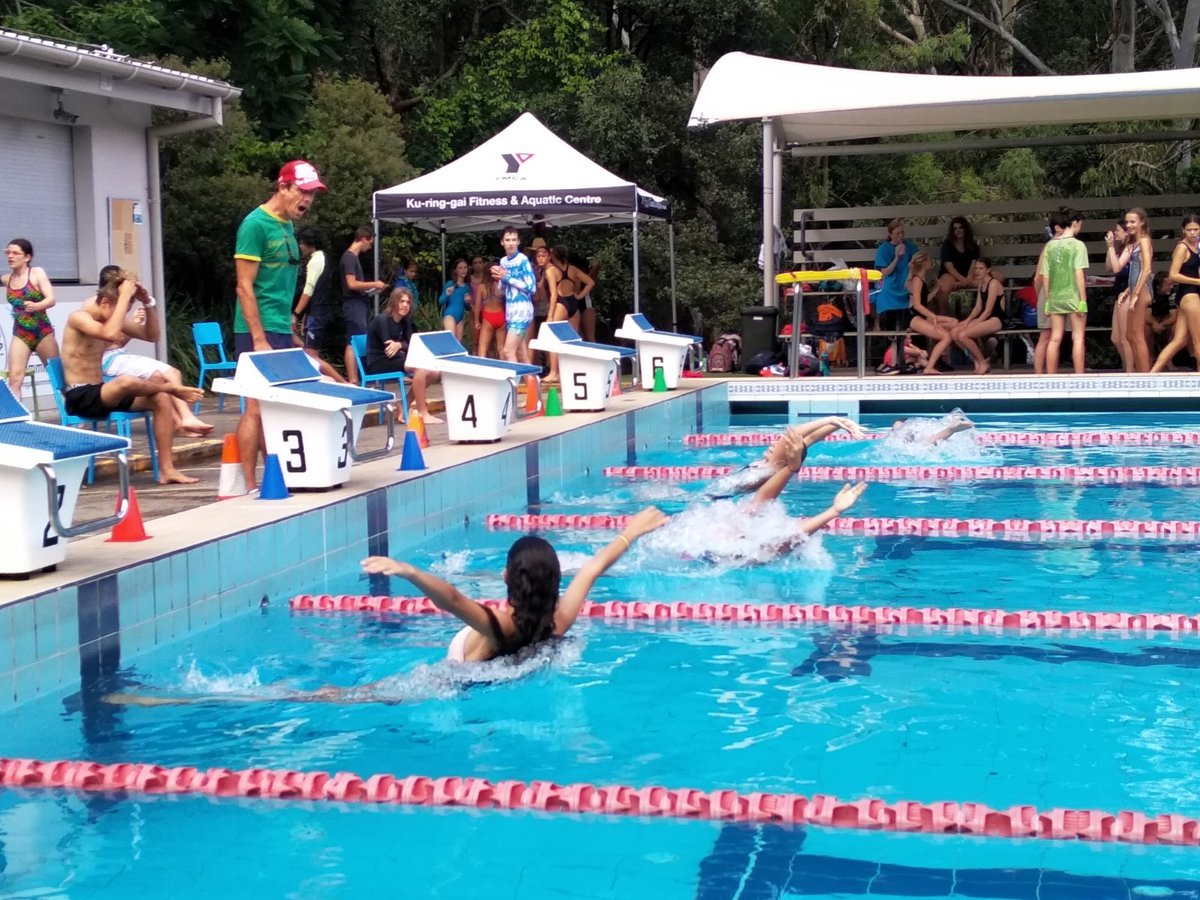 On Friday 6 March, the much-anticipated swimming carnival was held. Students from Year 7 to 10 participated with students from Glenaeon, Central Coast, Linuwel, Newcastle Waldorf and Lorien taking part.  Students dressed according to their respective team colour - red, blue or green. Apart from participation in the swimming races, which scores points for the team, the best three costumes were also awarded with points. Many outstanding dress ups could be witnessed on that day, and it was hard to judge which of those should be rated the best. Ultimately, the decision was made to have the best six costumes rewarded, gaining a good amount of points for their respective teams.

Despite the weather forecast, it remained sunny throughout the whole event. Students swam four strokes over 50m - breaststroke, freestyle, backstroke and butterfly. Participation in either stroke was rewarded with a point for the team. Additionally, the first three swimmers of each race were rewarded with extra points, so despite being good fun, there was an element of competitiveness and everyone was putting in a good effort.

Right after the 50m races, the students formed teams of four for 25m relays, ideally including every stroke. After cheering and supporting their students all day, the teachers could finally take to the water as well, giving the students of the best performing medley-relay teams a chance to challenge their teachers, again in 25m relays. Despite a good effort by teachers, it was the students who triumphed.

Again, the Steiner spirit was alive in a very warm and social setting in which every child was able to put in their effort in a non-threatening environment in the beautifully located Ku-rin-gai Aquatic Centre in West Pymble. The two annual Steiner School sports meeting for swimming in Sydney in autumn and on the Central Coast for athletics in spring provide a wonderful opportunity to recognise each other and the good work we do for and with the students in our care. Not just the students work/swim together on the day, the teachers too work together to make the day a success by sharing duties such as timing, recording, starting races, managing students, supervising and sorting them into races and announcing all races.

The day concluded with fun and engaging novelty races in which students used noodles, balls or swam in teams.

Thanks to the teachers from all schools who made it possible, particularly the Glenaeon staff who actively supported me on the day: Donna, Jamie, Maddy, Alice, Hernan, KG, Scottie, Stanley and Lennart.