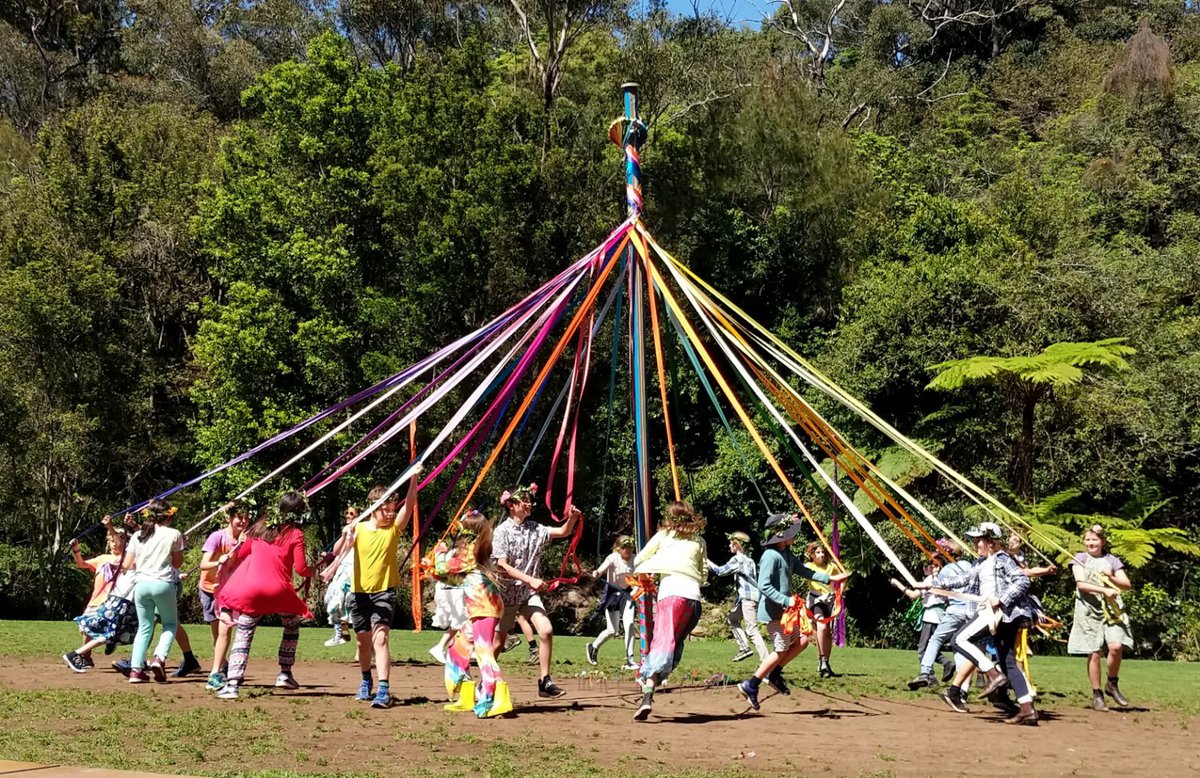 The weather was perfect for our Spring Festival at Middle Cove this week. After the acknowledgement of the traditional owners of the land, our Master of Ceremonies the kookaburra arrived and the festival could begin!

Class One began with a Spring song titled 'Wake up Apple Tree Fairy!", and Class 2 followed with a Spring Wedding song and dance. Class 3 sang the traditional Hebrew 'Hinematov' song and danced, and Class 4 sang three songs in German about a cheeky baker! Class 5 & 6 sung two German Spring songs in harmony -'Es Tönen die Lieder" and 'Gruβ Gott, du Schöner September' and Class Six recited the poem 'Morning Sunrise'. There were also two musical items by the Sinfonietta and Senior Jazz Ensemble bands. Class 7 recited 'I Wander Lonely as a Cloud' by William Wordsworth, followed by Class 8 with Shakespeare's speech 'All The World's a Stage" from 'As You Like It'. Year 9 - 11 had formed an enormous choir for their rendition of Jimmy Cliff's "I can See Clearly Now'. The finale was Class Five dancing the Maypole Dance. They formed 3 patterns and left an impressive 3 dimensional cone of woven ribbons on the oval. Well done Class Five and thank you to teacher Claire Cisterne for her choreography and teaching Class Five the Maypole Dance.