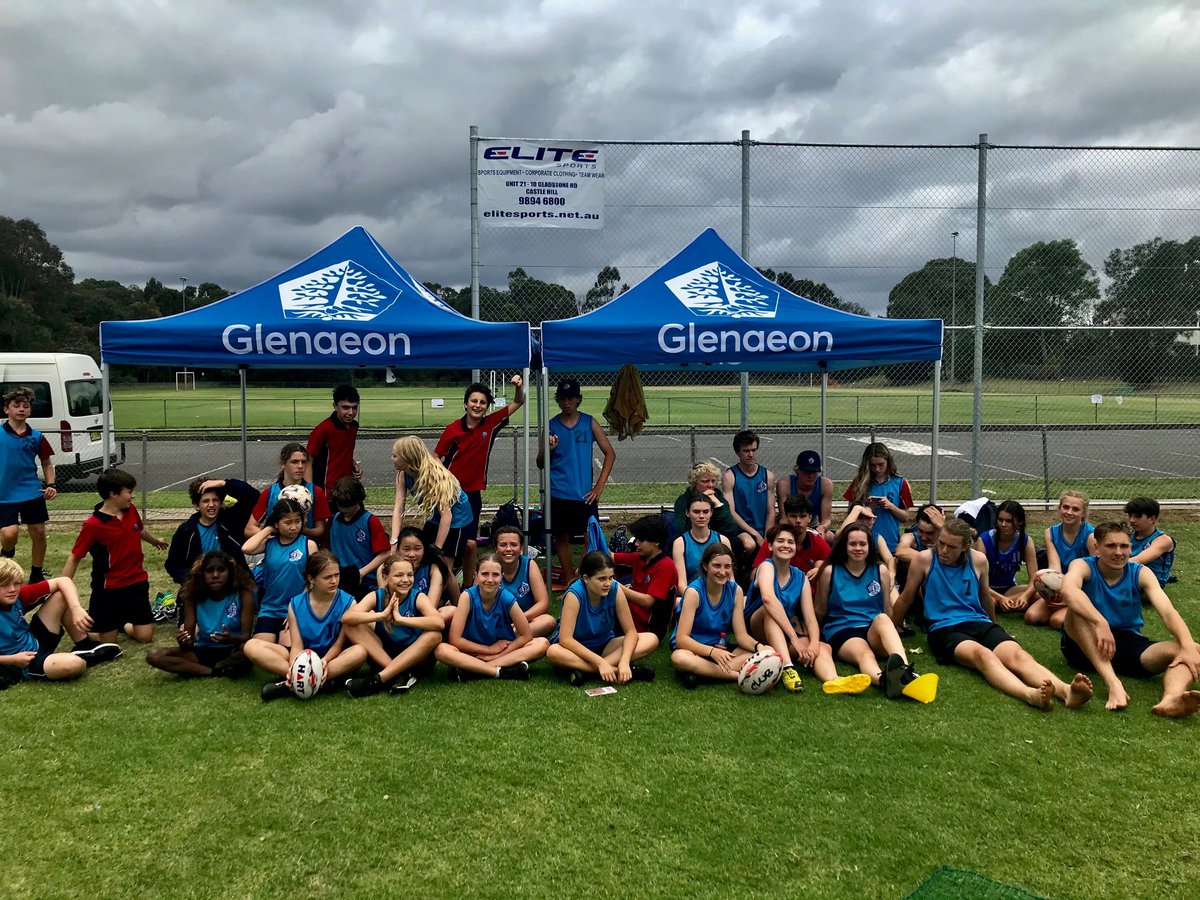 After what seemed like an eternity, Glenaeon’s Middle School students were able to once again measure up in friendly competition against other schools in our ISD sports association: the sports carnival calendar resumed. After eight long months of COVID-19 related waiting, cancelling and postponing of several carnivals, the ISD Soccer Carnival was the first carnival back in Term 4 with the easing of restrictions. It was finally held on October 15.

In far-away Liverpool’s Ireland Park all emotions were displayed in winning, drawing and also losing games in tight competition. The senior boys’ team made it to the finals in which they lost 2:1 to Amity College, a very strong team that had to play with all their wits to beat Glenaeon. I congratulate our goal scorers Elke, Mya (Yr 9), Jayden (Yr 8), Evan (Yr 12) and Remy and Remi (both Yr 10) and all those students who put their heart and soul into playing great games!

Then, on October 28 the ISD Touch Football Carnival was held, again in Liverpool. Due to absences with camp, Glenaeon teams were under strength but not less motivated than had they been in a stronger team with the older absent students. That meant that the junior teams consisted only of Yr 7 students, playing opposition teams that fielded Yr 9 students!

There was a lot of learning that took place for our young and inexperienced sides as they tried to break through defence lines, playing the ball well and attempting to score tries. All in all the losses heavily outweighed the wins but on the positive, 17 tries were scored! The senior girls’ and boys’ teams got a win each and that against teams that play together on weekends and had a lot more playing experience compared to the Glenaeon teams.

I want to pay my respects to the enormous running, dodging and passing efforts of all 37 students who participated. The following students scored tries and need to be congratulated for that: Ethan and Evan (both Yr 12), Remy, Riley, Pipi and Sophie (all Yr 10), Elke and Beniah (both Yr 9) and Deva, Charlie and Luka K. (all Yr 7).

It is so pleasing to see that our students seem to understand, that these carnivals are not just about winning, they are about learning, extending yourself, about comradery and putting yourself out there. They are about experiencing both happiness in winning as well and frustration in defeat in a team setting where learning will ensue as a result of dealing with such emotions. The joy of scoring a goal or a try for the team, the fun we have on the bus rides, and the fact that students play together with other students from other year levels and make new friends which connects them better to their fellow students at school and the school itself. There is so much to like about being active outside in a social setting and so much to learn!

The last carnival will be the ISD Netball carnival on November 10 and we look forward to more great learning on a sports field near us. I want to thank all students for their effort, courage and commitment to representing Glenaeon so positively in the community.