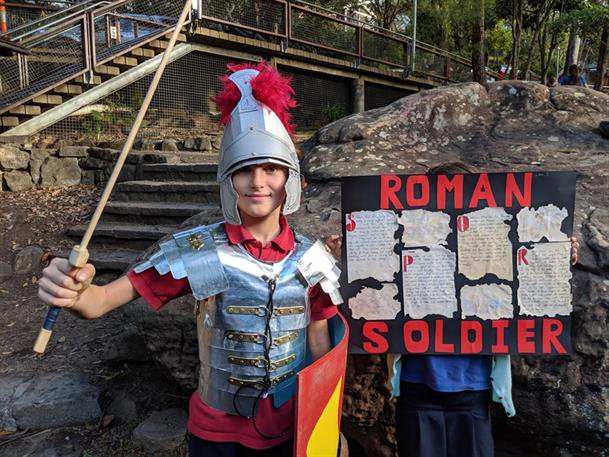 Luka Stefanovic, Class 6, became a powerful Roman Soldier to present his project as part of his Rome Main lesson home project. After researching soldiers and Roman life, he skilfully created this detailed armour set himself at home, made from light-weight aluminium and metal fasteners. He spoke in detail about the life and experiences of Roman soldiers and Roman culture. Class 6 have each presented their projects over the past weeks, and will revisit Rome in another main lesson later in the year.