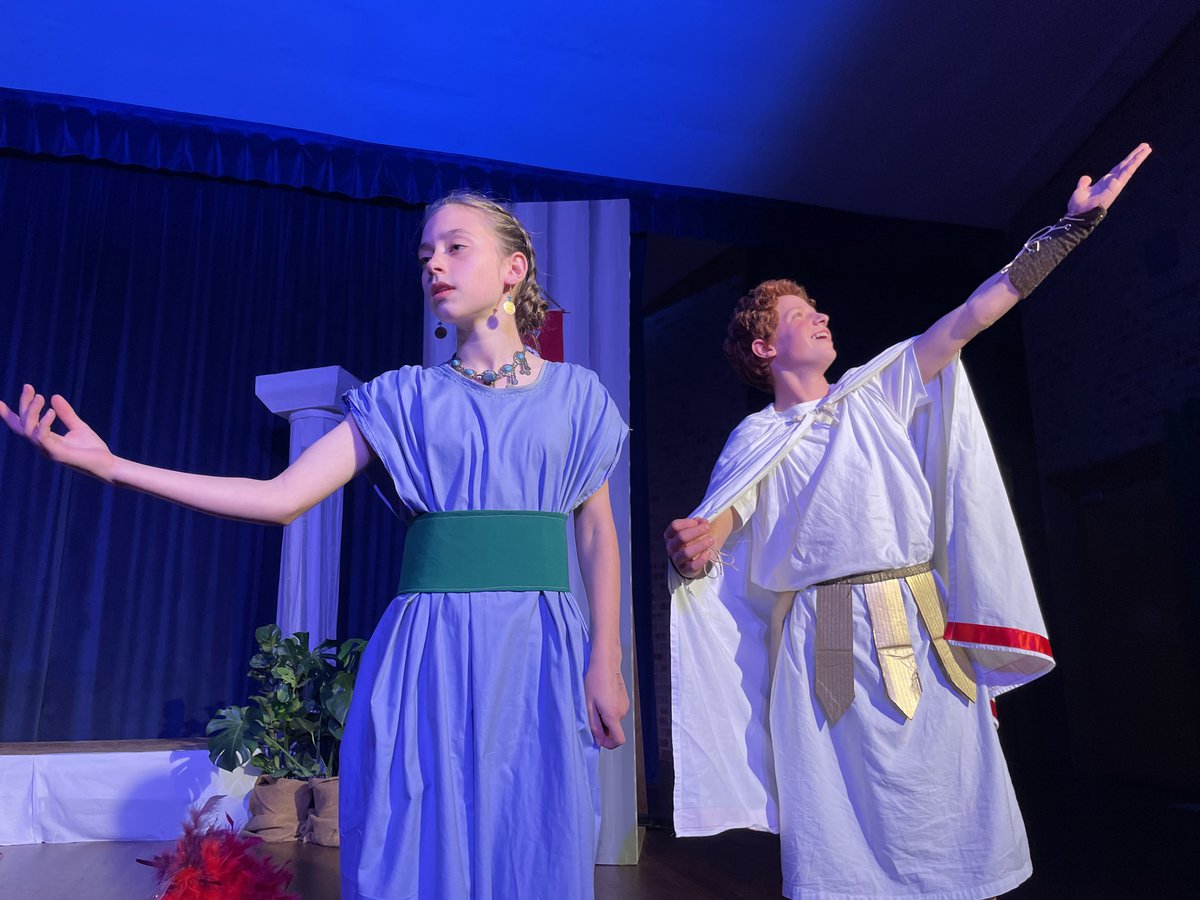 Class 6 performed their musical play ROMA AMOR this week to rapturous applause. They performed the clever and entertaining Roman romantic comedy to students, parents and friends and enjoyed a delicious Roman Feast afterwards. The story is set in Ancient Rome during the reign of Nero, and centers around a brother a sister's clever plan to trade places for a new life and to also be near their beloveds. Dressed in her brother Marius' armour, Lucrecia heads to the Roman Army whilst he stays and becomes a stonemason in the home of his beloved Sibia. The students played all of their own live music when not on stage themselves in a rich and engaging play that Glenaeon students are known for. Thank you Class 6 for this wonderful play!