Now you're talking my language! 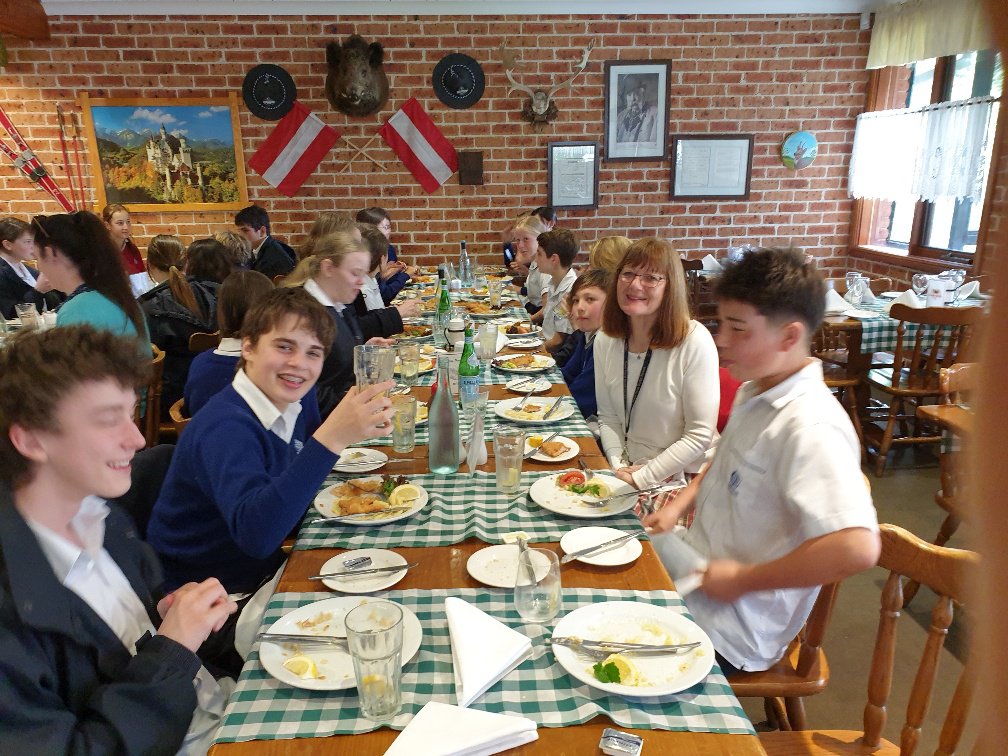 Recently our Year 7 and Year 8 language - German, Spanish and Japanese students all enjoyed an excursion to a restaurant serving traditional foods for a lunch and the conversation was flowing in their chosen subject language.

The Japanese students enjoyed dishes such as teriyaki chicken, tofu, beef and rice and miso soup at MOMOKKO in Belrose.

and this from Year 7 Spanish student Quinnie: "On Friday 2nd September the Year 7 and 8 Spanish students went to the Mexican restaurant Dos Señoritas, in Gladesville. Here, they experienced a Mexican feast, with traditional food and drink.  Students tried nachos, quesadillas, enchiladas, all with pico de gallo and guacamole, and to drink, agua jamaica, a traditional Mexican infusion with hibiscus flowers. Everyone particularly enjoyed the churros which are a cinnamon stick served with chocolate sauce."

Japanese student reviews include this: "Very cool using Japanese language in real life. It really felt like we had learned a lot. Also, very delicious food." and, "The excursion was a great opportunity to experience some of the Japanese culture and food with our friends. An awesome way to spend the day."

A Year 7 German student said, “In my opinion, it was one of the best meals I’ve ever had! The venue was amazing and all the staff were so nice! The food was so incredibly delicious, I loved it so much. I just felt we were in an actual Austrian Hunting Club, the wild boar and stag heads added to that. Easily the best Schnitzel und Strudel I’ve ever had.”

This was a fun excursion where students lived, breathed and ate their way through class! A delicious way to learn in anyone's language!