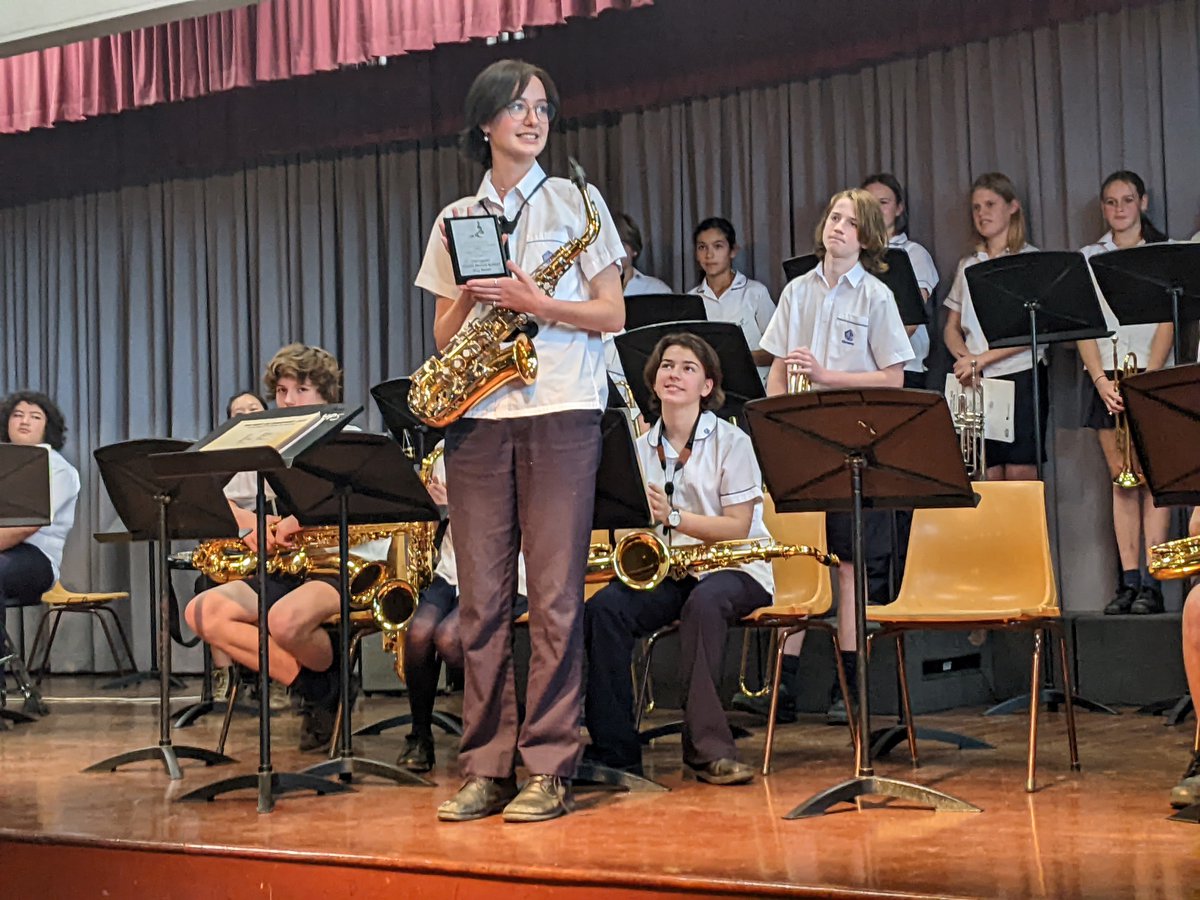 On Sunday, June 19, our Glenaeon Big Band, directed by Phil Arnold, performed in the Stage Band section of the Northern Beaches Instrumental Festival, along with bands from three other schools.

It was not just a wonderful opportunity for relatives and friends of our own band members to hear them play for the second time this term, but for us to show members of the broader community the standard of musical performance that students at Glenaeon are achieving.

The band’s three pieces: Mission Impossible, My Funny Valentine and Blues Machine, were enthusiastically received by a packed audience at in the Harbord Public School Hall, and comments received from our appraiser and others were very complimentary of the standard our band is achieving.

Many thanks to Christine Young who entered the band in the festival and was our bass player on the day, and to our parents and band members for making their time available on a Sunday. Your commitment is greatly appreciated.

The parents are also deeply grateful to Phil, Christine and the rest of the Glenaeon’s music department for the support, encouragement and guidance for our kids. They lead before-school rehearsal sessions; then organise and conduct such weekend events so the children can bring their hours of practice and rehearsal alive through performance opportunities for their musical expression.