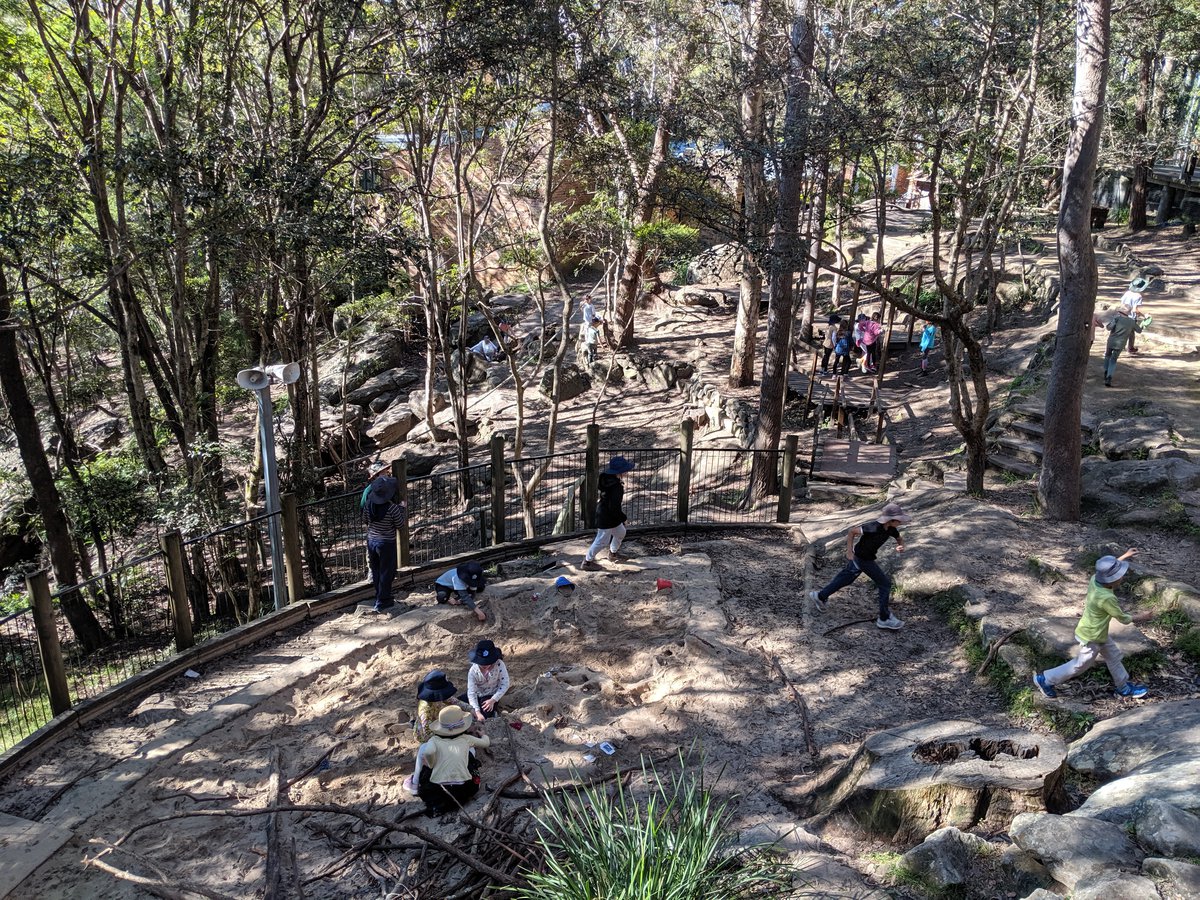 You might have noticed a stream of articles and news stories recently as schools and educators discover that play in nature really matters. Below is an example.

It’s the latest in a long line of “new discoveries” that are well established practices at Glenaeon. Play in Nature is so fundamental you wonder how it is that “research” is needed to demonstrate this alarmingly obvious point. At Glenaeon we regard play in Nature as a fundamental right of childhood. The physical, emotional, social and mental benefits are so obvious:

When children play, they make meaning. They take a natural environment and turn it into a scenario. They create a different space, one they have shaped and crafted with their own meaning. Out of themselves they have built a meaningful environment.

The scariest statement in the article below is the total lack of understanding of how children actually do this. Take this statement for example: “they are learning that sticks can be all sorts of things..”. Seriously?? You mean the children didn’t know already? I bet the children knew, it was just the out of touch adults who were learning.

Our Middle Cove campus has a unique play area for children. After I read this article I went out to the primary playground to see what our own students were up to, and sure enough, some vibrant and exciting cubby building was in progress. Play in Nature is alive and well at Glenaeon, a fundamental pillar for our students to build Meaningful Lives.

From the ABC this week:

As Australia's trend towards apartment living moves children further away from green spaces, schools are reconsidering the plastic playground to encourage an interaction with nature.

Daceyville Public School has transformed a corner of its grounds into a natural playground, full of sticks, rocks, and torn-off shrubs.

Instead of solely interacting with brightly coloured plastic playgrounds, known to burn buttocks in summer, Daceyville's natural playground encourages kids to play like they're in the bush.

"In lots of parks, there are beautiful playgrounds where there are climbing frames and they direct play in a particular way," principal Michelle Hostrup said.

"If you've got climbing equipment, you climb. You might play a bit of chasing, but that's all it can do.

"A natural play space is more around helping children to explore the natural environment and providing them with ways they can play with things they might find around them."

More than 60 per cent of Daceyville school's population have a language background other than English, and Ms Hostrup said around 30 per cent of those are recently arrived migrants.

Of those, many live in apartments — a trend that's sweeping the country.

As of 2016, more apartments than houses were built across Australia, and over the past 25 years, the number of occupied apartments in Australia has grown by 78 per cent.

Without a backyard to play in, schools and parents need to seek new ways to expose children to the outdoors.

According to Xiaoqi Feng, associate professor of epidemiology at the University of Wollongong, the provision of green space actually promotes better mental health among children.

"Children who have access to green space tend to have better physical and mental health," Dr Feng said.

Aside from reducing harm from traffic and air pollution, Dr Feng said exposing children to green space can help with "restoration".

"For example, when we walk into a park and we're sitting down and walk around with your dog or listen to the birds' sound, this is very good for your mental health — and this is the same for children," she said.

Dr Feng said the benefit also focused on the emotional connection children received from going to a park or a playground with their friends or family.

"It gives them an opportunity to develop social networks," she said.

Ms Hostrup said she had noticed a growth in social networks among her students.

"You see children playing with people they wouldn't normally play with," she said.

"They're gaining more trust in their own judgement and they're also more comfortable with the materials.

"They're learning [that] sticks can be all sorts of things … and I think it takes space to do that.

"It's really hard if you don't have an outside space in your apartment."

Two students who both live in apartments without direct access to a backyard said they were enjoying the new play space.

"You can experience something with nature instead of man-made stuff," year 4 student Sydney said.

"I think it's better than the playground itself."

"I think it's really popular — people like it. Everyone likes engaging with nature."

So... how many children can you see playing here in one of Glenaeon's playgrounds?