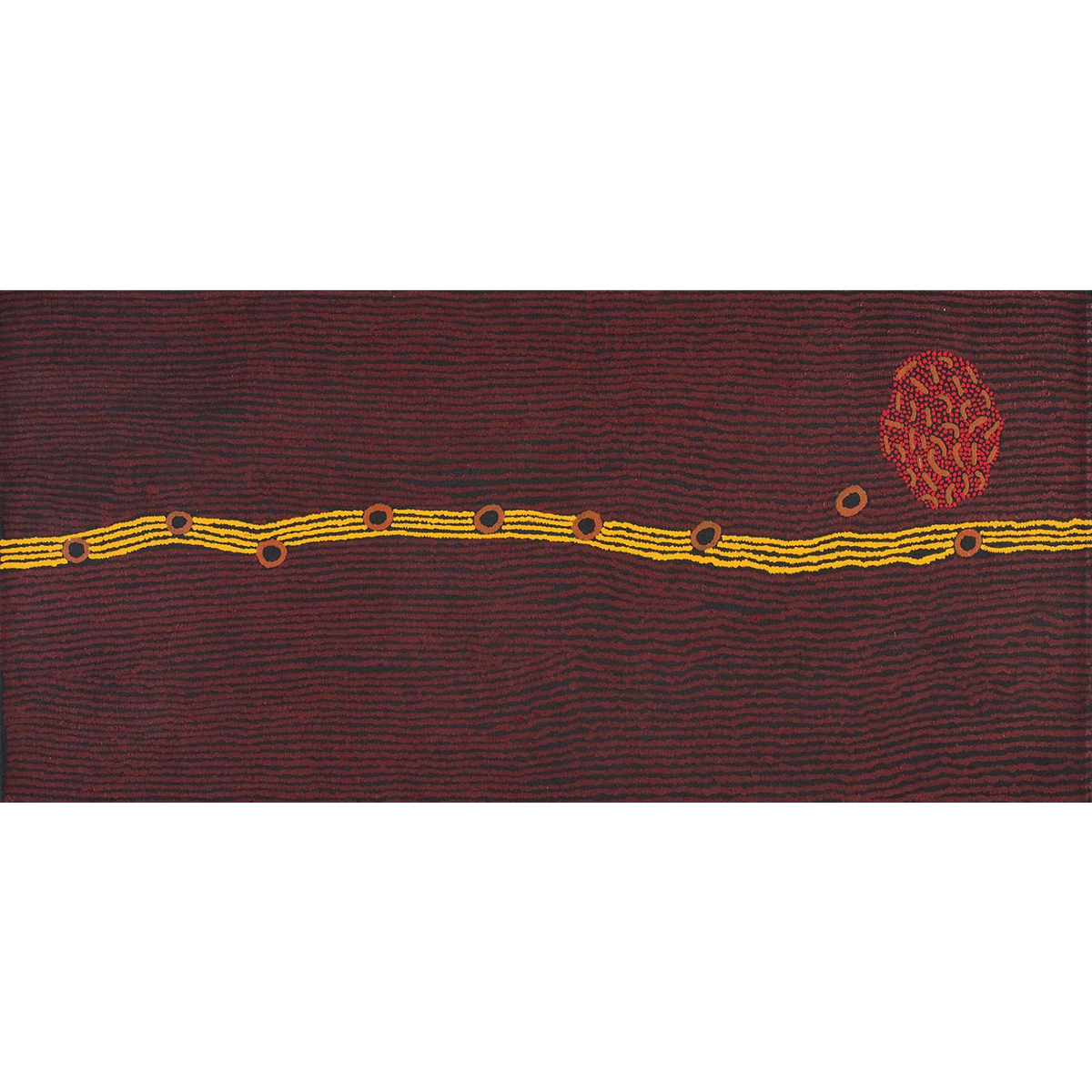 Martu people are the traditional owners of the Martu land including parts of the Great Sandy, Little Sandy, and Gibson Deserts, collectively referred to as the Western Desert. The language of the people is Martu Wangka.  Glenaeon’s connection to the Martu people is through Beniah Brooks, a Year 10 student.

One well-known Martu artist is Clifford Brooks. Clifford Brooks is Beniah's grandfather. His work is found in the National Museum of Australia. He is now in living in Jigalong with his family.

The painting pictured, titled, Blood in the Ground (2007) is one of Clifford's artworks. The painting shows Clifford's dad looking for his brother (Rover) along the Canning Stock Route. While looking he saw a whitefella had shot Aboriginal people. As Clifford Brooks said, "He been get up on a sandhill and he been look down: whitefella, massacre. They been get shot: [Aboriginal] men, women and children."  This scene is depicted in the top right corner of this painting, where many shapes are surrounded by red dotting (blood).

Beniah chose this painting to share with Glenaeon because he made her one like this when she was little. Thanks for sharing this Beniah.