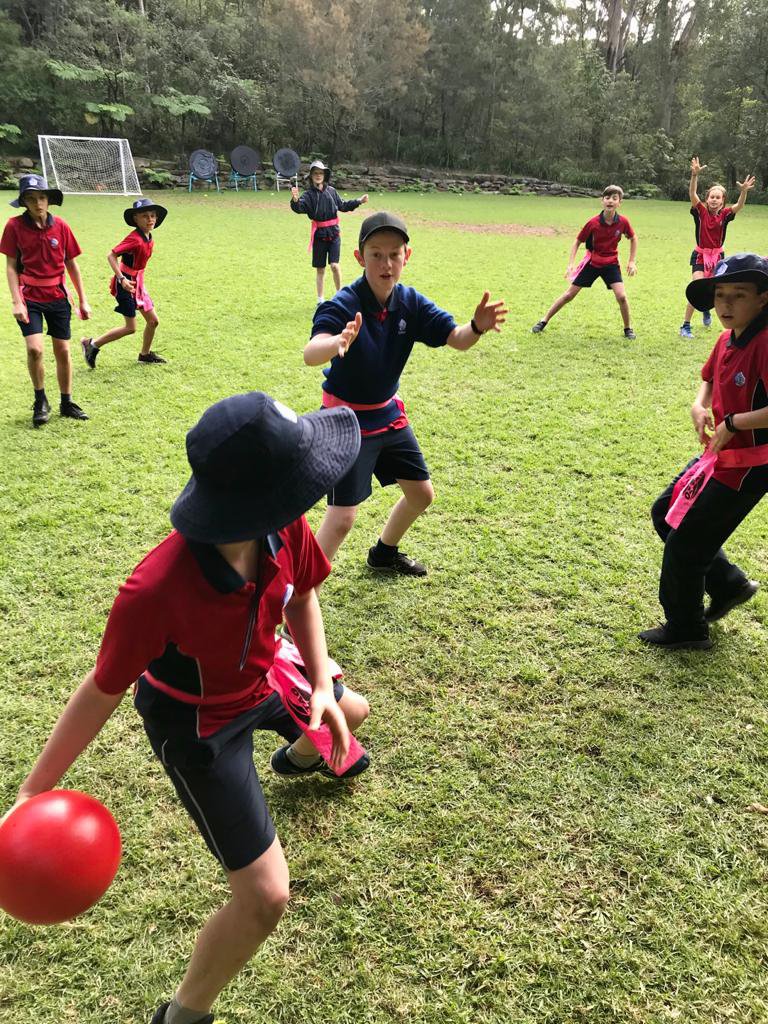 Class 6 PDHPE students marked National Reconciliation Week with a look at some Indigenous Games. We spoke about what we, as a class know about indigenous culture here in Australia and what contributions indigenous people have made to Australia and how that needs to be recognised more.

Indigenous societies played sports although they were often derived from hunting or prepared for hunting and fitness and were at times only played by the men. Some of their games have the potential to become more popular through their introduction and use among current day students to recognise the contribution First Nations people have made in the field of sport. In this spirit, Class 6 students were eager to explore two indigenous games through their unit on tagging, weaving and dodging games. The two games are Buroinjin and Edor and are both a lot of fun to be played with big groups.

Buroinjin was a game of the Kabi Kabi tribe in southern Queensland who used a ball made of kangaroo skin called Buroinjin. Edor is a chasing-tagging game which comes from the Aurukun indigenous community of northern Queensland. Edor is the name given to a runner who gets secretly picked by one team and has to reach the other side of the field without being tagged by the opponents. If tagged, the game instantly changes direction and Edor is now known and easier to tag but can be helped by his ‘people’, his team. The class thoroughly enjoyed both games and were better able to recognise indigenous contribution to sport in society.