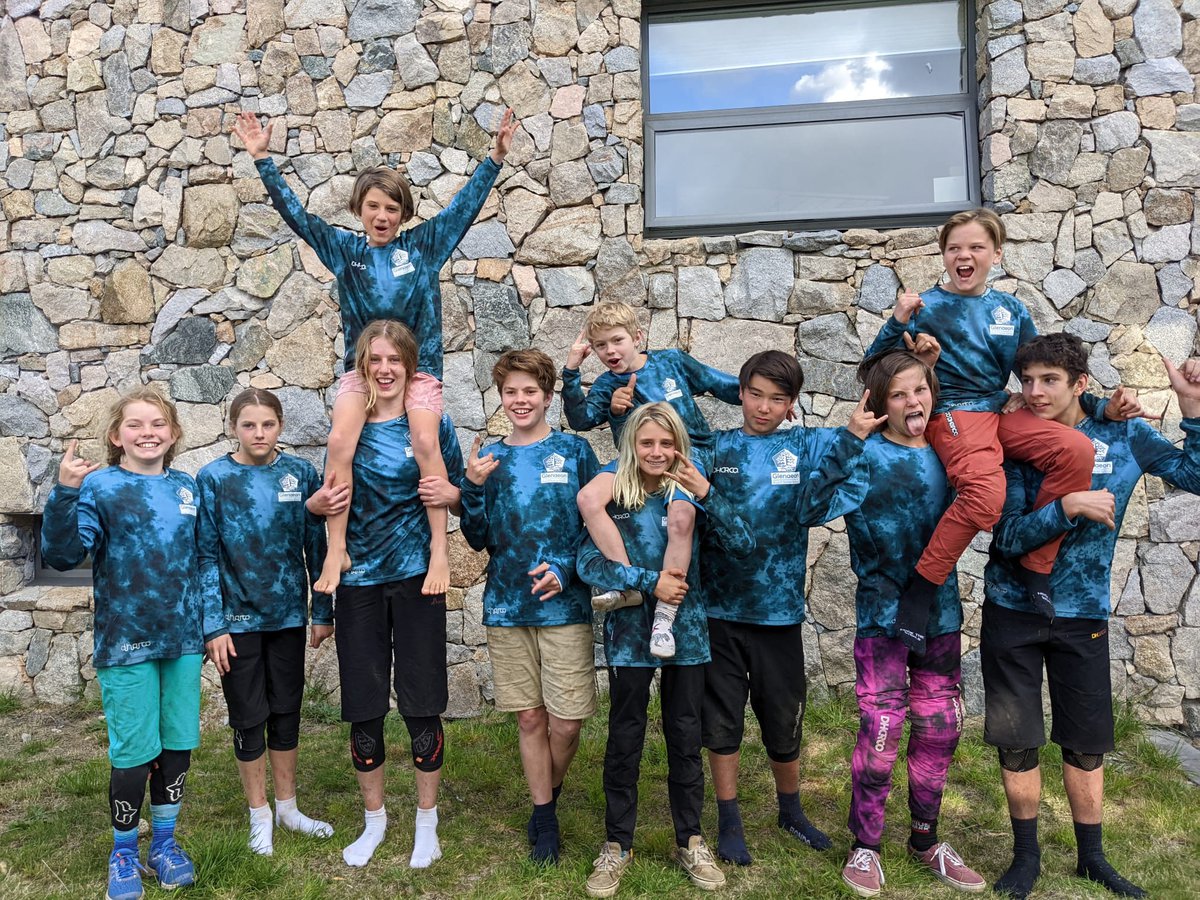 From March 23 – 27, over 1,000 Australian school children descended on Thredbo to compete in the 2022 Australian Mountain Biking Interschools Championships.

Glenaeon’s inaugural MTB team of 10 children from Class 5 to Year 10, was comprised of four girls and six boys who competed in a combination of events across the four days including an All-Mountain race, a Flow race, a downhill race and a X-Country event.

The Glenaeon MTB team finished an outstanding 7th from 204 schools, and throughout the event embodied true sporting spirit both on and off-trail; not just supporting their own team mates, but creating a chorus of Glenaeon voices cheering on all the courageous riders across the mountain.

As a Class 5/6 team, Maaike, Dora and Skye earned three separate visits to the podium, placing second in both the All-Mountain Assault, the Flow Motion, and the Cross Country.

Endre, Finn and Sammy (Year 8) were strong contenders in an age group that had over 350 participants, and placed 17th as a team for their age division.  Archie and Anton (Year 9) also distinguished themselves in the hotly-contested Year 9/10 division and finished their carnival with exceptional rides in the black diamond ‘Cannonball’ downhill race.

The Glenaeon riders and support crew were thrilled with the debut experience and enjoyed a wonderful camaraderie across the entire team, taking the challenging course and high-energy environment in their stride, and displaying inspirational courage and care for their team mates and the other riders throughout.  Watch a short video of their weekHERE ... enjoy!

If you’re a keen mountain biker and would like to join the team in 2023 you can email Zoltan glozikz@gmail.com

A special thank you to parents Zoltan Glozik, Simon Clarke, Dawn Piebenga and George Pethard for the behind-the-scenes work getting the children on-mountain and so well supported.