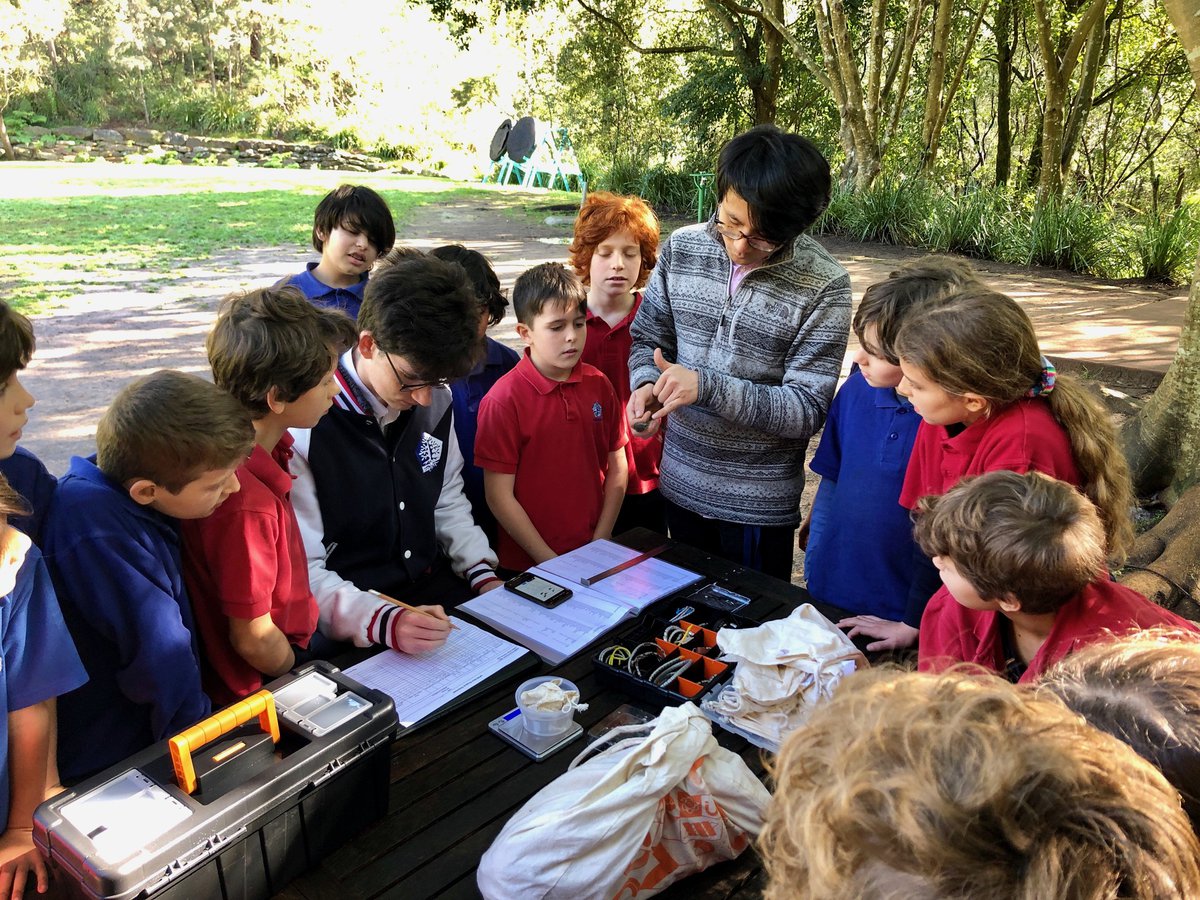 It's National Science Week, and coincidently Class 4 took part in a research project with our very own Dr Stanley Tang, which dovetailed nicely with the Class 4 Animals Main Lesson. For this part of the project, Stanley took Class 4 students down to the Oval, where nets had been set up to capture some of the natural bird life on Glenaeon's beautiful Middle Cove campus. Stanley recently acquired various permits from the state and the federal governments to conduct a long-term research project on the bird populations at Glenaeon and the surrounding North Arm Reserve. One of the key aspects of the project is to collect biometric data to examine the movement patterns and seasonal changes in body conditions of resident and migratory birds.

So Class 4 was able to assist Stanley to capture and band,that is,place a metal band, on a leg of the birds. A number of bird species were captured for a short time, just long enough to ID them with tags, inspects the birds, record the specifics and then, the students set them free back into their natural habitat. A total of six birds were captured including a Laughing Kookaburra, a Grey Fantail, a White-browed Scrubwren and three Brown Thornbills.