Class 6 Skills and Spirit in Sport 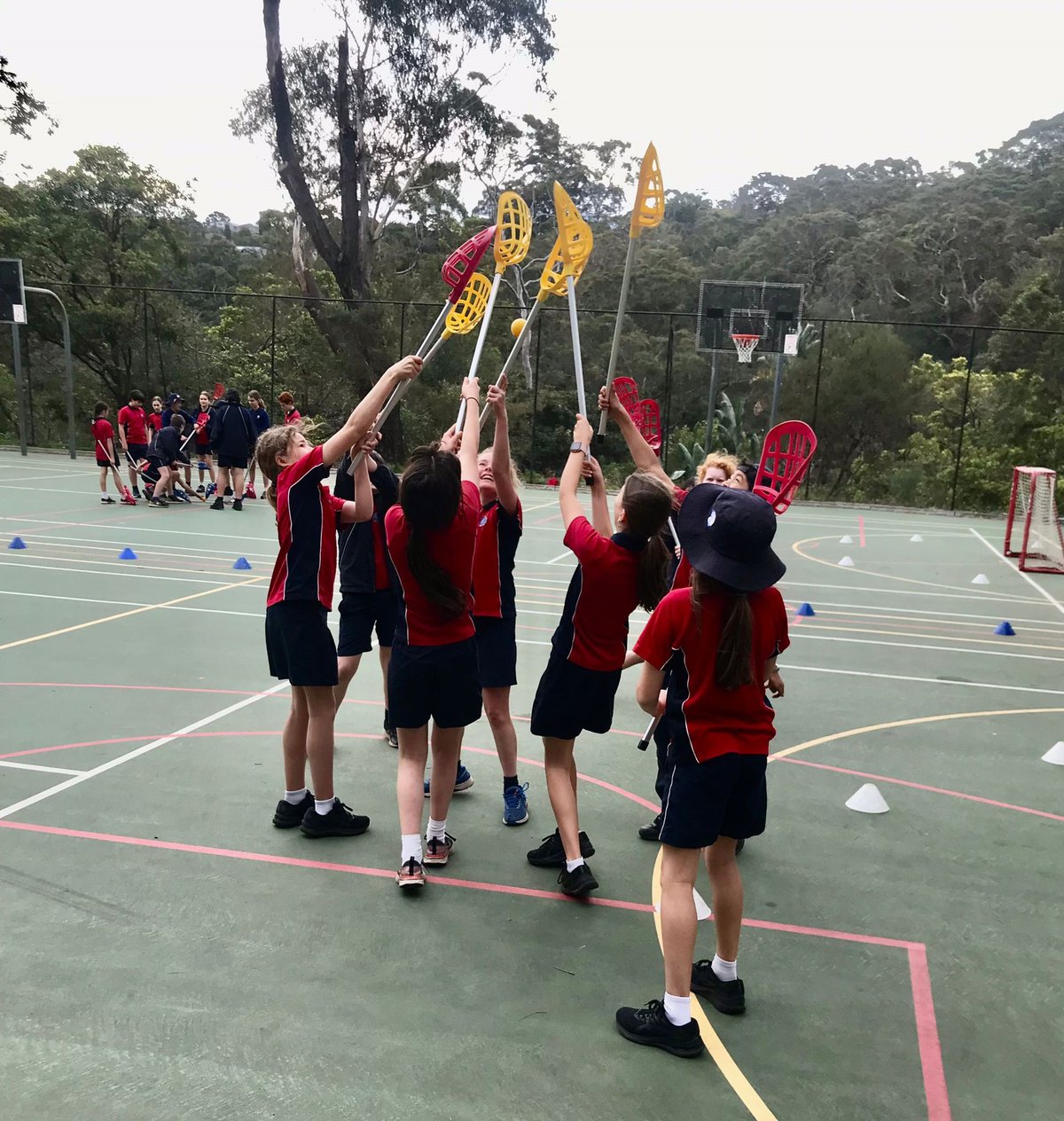 Sporty and keen students in Class 6 are currently exploring exciting new games in a unit that introduces new sports and gear to them to extend their understanding of sport and movement.

They started with Frisbee and learned about the game of ultimate Frisbee. Then they explored Sofcrosse, a modified version of a popular game in North America. It is based on an ancient game invented by native American Indians. The word Lacrosse originally meant ‘game played with a stick and ball’ in an Indian language.

While we played a modified version with slightly different stick and no googles, it required new skills in handling the stick for catching and throwing and handling the ball in the air and on the ground. First the students gathered around a laptop to watch a little clip of the game to get an idea of how quick and skillful it can be played. The stick with the basket on the end (the crosse) to catch a ball which is then passed to team mates down the field before thrown into the goal.

The class soon realised how tricky it is to properly catch and throw the ball on to a team member and how much measured force is needed to not throw the ball too high or far. As is the spirit in this class, they went for it with enthusiasm and embraced the new game and way to move across the field. In partner and group exercises they soon got better and surprised themselves at times how well they had learned to play the game!

Next in this unit is a quick introduction to AFL, then we will explore Vortex related games and wrap up the unit of exciting new games with activities using skater boards and how to do this in a team aspect with and without balls. Student active input is strongly encouraged to creatively play with both gear and with rules to adjust and adapt game and movement ideas that may be novel and to develop and try out student ideas in a real sports context.