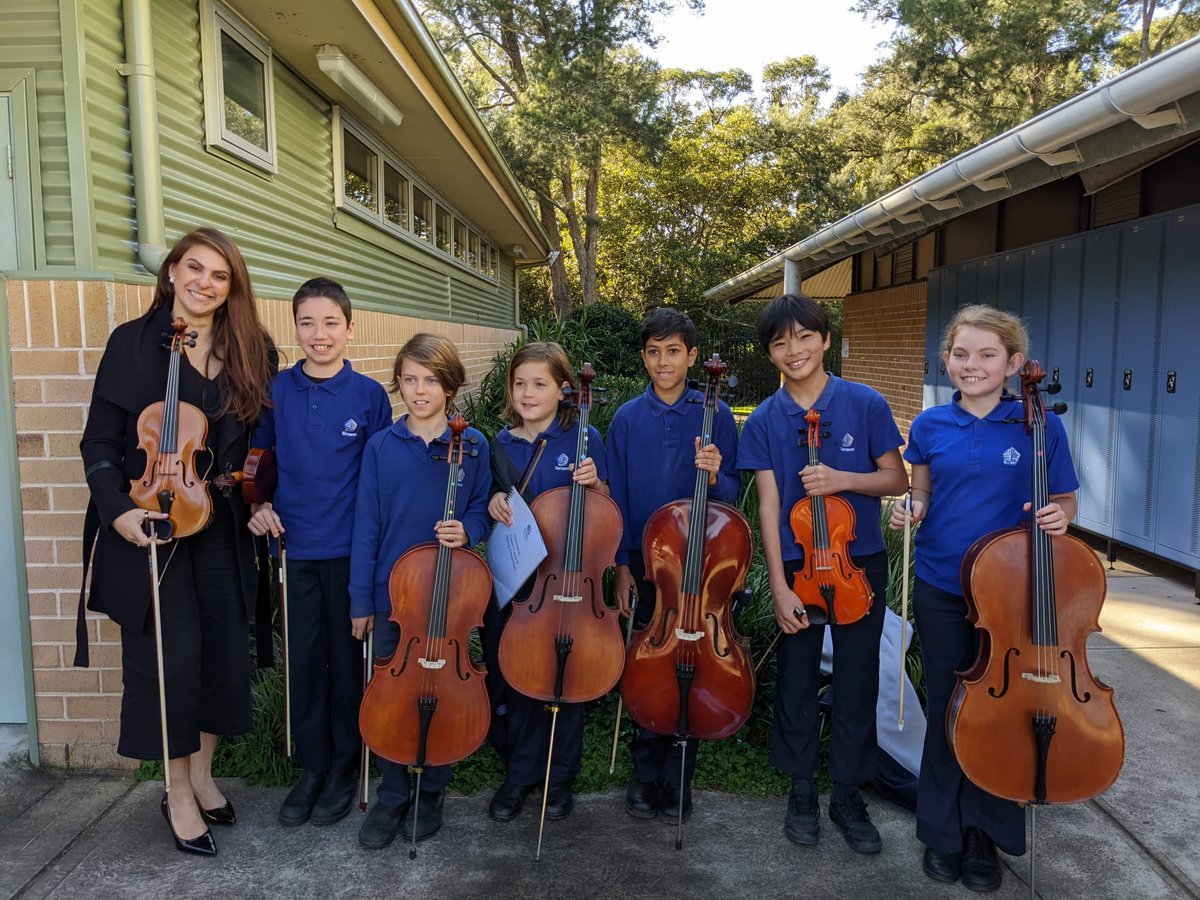 The Class 5/6 String Ensemble played for the first time at the Northern Beaches Instrumental Festival on Sunday June 5th. With half of their ensemble unwell and away, they played valiantly and beautifully under the direction of gifted teacher and musician Anna Murkawa, who stood in at late notice for conductor Rosy Johnston who was also unwell. They played three pieces - Fiesta, Mighty Molo and Kingston Calypso. The aim of the Festival is to provide a formal, non-competitive performance opportunity for ensembles that is a positive and encouraging experience. Six bands performed in this event and the students enjoyed the  the opportunity to listen to other and learn from the feedback given by the concert adjudicator. Well done Class 5 & 6 String ensemble members! The concert was held at a school in Mona Vale. The entire festival is co-hosted by the Northern Beaches Symphonic Wind Ensemble, the Northern Beaches Orchestra, the Northern Beaches Symphonic Youth Band, and the Northern Beaches Concert Band. All proceeds from the festival go back into community music. Thank you to all musicians and families who braved the chilly Sunday morning to perform! See: www.nbswe.org.au/festival.htm