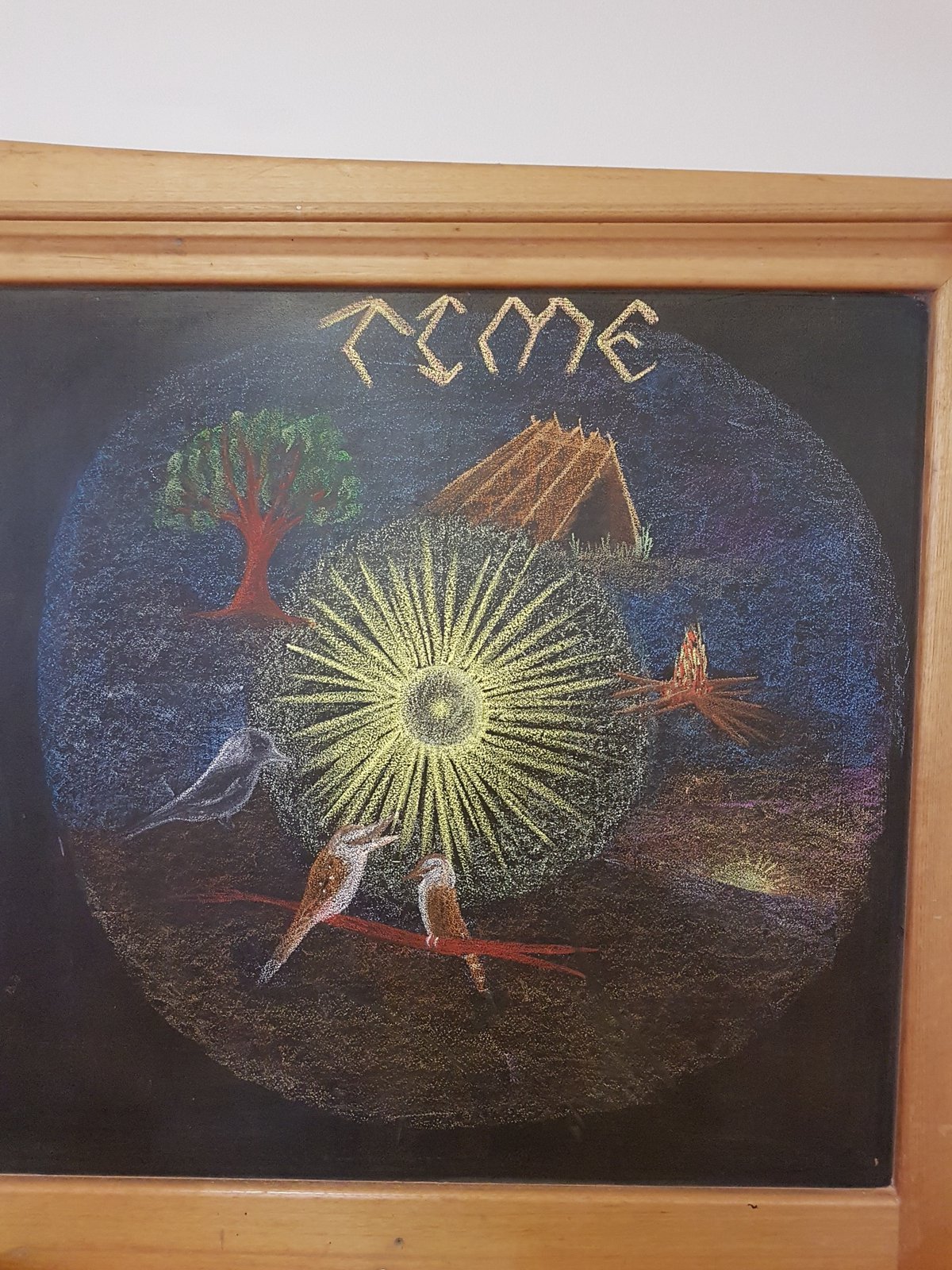 Class 3 has been exploring the evolution of time measurement though the ages.

A story introduced the children to the concept of tracking time based on the position of the sun in the sky. We journeyed back to Egypt where they used great stone obelisks as shadow clocks.

On Monday which was the first sunny day of the Main Lesson, we walked to the school flagpole, just before 9am, to observe the shadow it made. A student came out and walked heel to toe along the shadow’s line and we marked the spot with the number 9 to represent the hour. Next, we walked to the oval where a sundial had been set up by our class assistant Michelle. A stake had been secured in the ground and a string tied to the bottom of it. We brought with us stones and a marker.

Then, on every hour of the day from 9am to 3pm, the children enthusiastically observed the movement of both shadows, each time marking the new spot and predicting the next one. It was wonderful seeing the awe and wonder of their expressions each time they saw that the shadow had not only changed position but also length!

On Wednesday the class made a human clock as an introduction to reading an analogue clock. The children formed a circle of 12 to represent the numerals on the clock-face and in the centre of the circle was a stand which had a yellow and blue thread attached. One child was then chosen to be the ‘hungry minute dog’ who had to run around counting by 5’s. Another child was chosen to be the ‘lazy hour cat’ who was too lazy to run and instead walked slowly to each number once. The rest of the class watched and when dog and cat were told to stop, the watching children worked out the time on the human clock.